Mercy Sunday, A Guide for the Domestic Church 2020 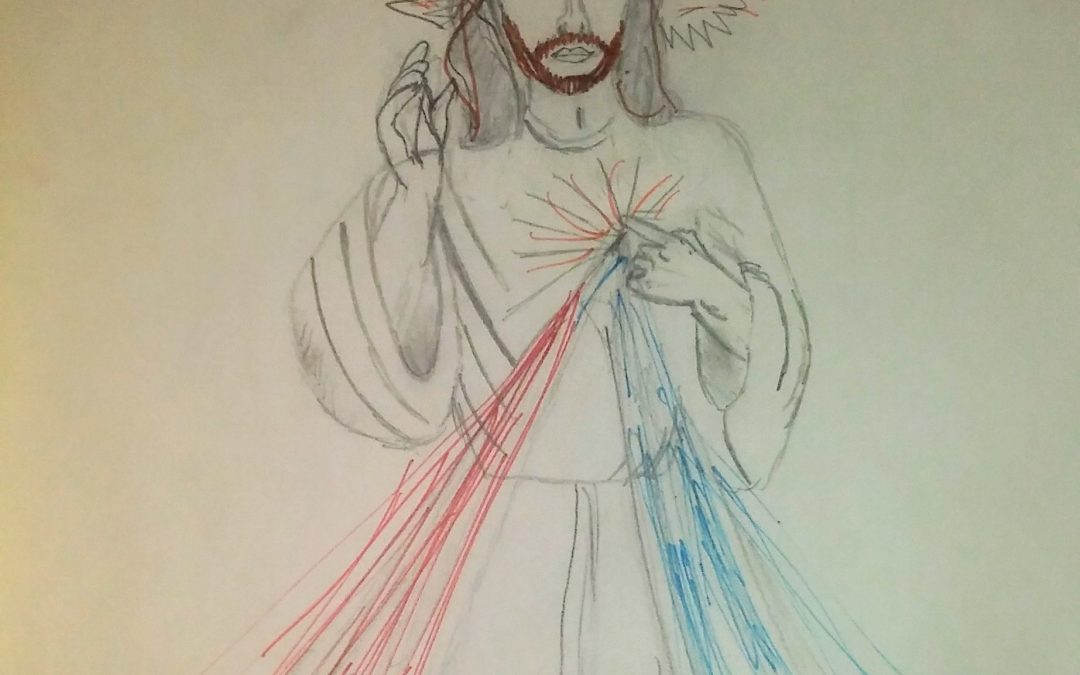 When Pope John Paul canonized Sr. Faustina (making her St. Faustina), he also, on the same day, surprised the entire world by establishing Divine Mercy Sunday (the feast day associated with the message) as a feast day for the entire Church. The feast day falls on the Second Sunday of the Easter season. On that day, Pope John Paul II declared, “This is the happiest day of my life.”

On February 22, 1931, a nun named Sister Faustina sees a vision of the Lord Jesus, who asks her to paint an image according to the pattern she sees. The image was of Jesus with a red and blue ray coming out of his heart. One ray symbolized water, the other blood. Jesus told St. Faustina, “I want the image to be solemnly blessed on the first Sunday after Easter, and I want it to be venerated publicly so that every soul may know about it.” St. Faustina was told to sign the Image “Jesus, I trust in you!” Jesus told St. Faustina that the image’s purpose was three-fold: to be venerated; to serve as a reminder of God’s Love and Mercy; and to be used as a vessel to obtain graces. In 1934, a painting of Image was completed and in 1935, the image was publicly venerated. A few years later, victims of WW-II were among the first to be comforted by the Divine Mercy Image. Saint Pope John Paul II proclaimed the Second Sunday of Easter as Divine Mercy Sunday in 2000. On April 22, 2002, Divine Mercy Sunday was celebrated officially for the first time by the Universal Church.

Along with the image, Jesus also gave Saint Faustina a prayer that is known today as The Divine Mercy Chaplet. The Chaplet is prayed using the rosary and consists of several prayers that appease God. Those who pray this chaplet receive these promises from Jesus: Conversion of sinners when the Chaplet is said on their behalf. Those who will recite the Chaplet will receive great mercy at the hour of death. Unimaginable graces to those souls who trust in His Mercy. Souls who spread the honor of His Mercy will be shielded their entire lives and at the hour of death, Jesus will not be the Judge, but rather the Merciful Savior.

Some ways to celebrate Divine Mercy Sunday at home: 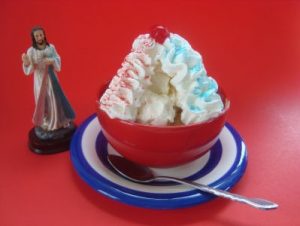