3 May: Feast of Saints Philip and James, Apostles

3 May: Feast of Saints Philip and James, Apostles. For centuries, the Church had feasts to honor only four apostles: Sts. Peter and Paul, St. John, St. Andrew. The Church memorialized the remaining apostles on June 29. Then, in the sixth century, the bodies of Sts. Philip and James were brought together to Rome and laid to rest in the Basilica of the Holy Apostles. Because of this, the Church instituted a shared feast day for these two apostles.

St. James the Less, a brother of the Apostle Jude, was of Cana of Galilee. He was referred to as “the Less” to distinguish him from the other apostle James (the brother of John). This nickname likely refers to his younger age, not that he was any less important. This James was called “the brother of the Lord,” because his mother was related to the Blessed Virgin Mary. Jesus appeared to James before any other apostle after the resurrection (1 Cor 15:7). James is the author of the Epistle of St. James. He became bishop of the Church in Jerusalem and played a central role in the Church’s first council (Acts 15). He confirmed that Gentiles do not need circumcision to follow Christ. In 62 A.D., Jewish leaders accused James of breaking the Law. He was pressured to deny the Divinity of Christ. The Breviary contains a moving description of his death: “When he was ninety-six years old and had governed the Church for thirty years in a most holy manner, the Jews sought to stone him, then took him to the pinnacle of the temple and cast him off headlong. As he lay there half dead, with legs broken by the fall, he lifted his hands toward heaven and prayed to God for the salvation of his enemies, saying: Lord, forgive them for they know not what they do! While the apostle was still praying, a fuller struck his head a mortal blow.”

As for St. Philip, he was one of the first apostles called by Christ. The day after the Lord called the apostles Peter and Andrew, He found Philip in Galilee. Philip was one of the first apostles to come to faith directly through Christ (Jn 1:43-45). Philip believed in Christ as soon as he encountered Him, after hearing only a few words. Philip also speaks during the Last Supper in the Gospel of John after Jesus says, “No one comes to the Father except through me. If you know me, you will know my Father as well. From now on, you do know him and have seen him.” To which Philip replies, “Lord, show us the Father, and that will be enough for us” Jesus answered, “Have I been with you for so long a time and you still do not know me, Philip? Whoever has seen me has seen the Father” (Jn 14:6-9). In the end, Philip followed in the footsteps of James and many other apostles by being martyred for his faith. After preaching with Bartholomew in Greece, he was scourged, imprisoned, and crucified upside down in 62 A.D. Though Philip and James served as apostles of Christ in different ways, in the end, they both valiantly gave their lives for Christ.

(sources: The Church’s Year of Grace by Parsch; CatholicCulture.org; M. Massery at marian.org) 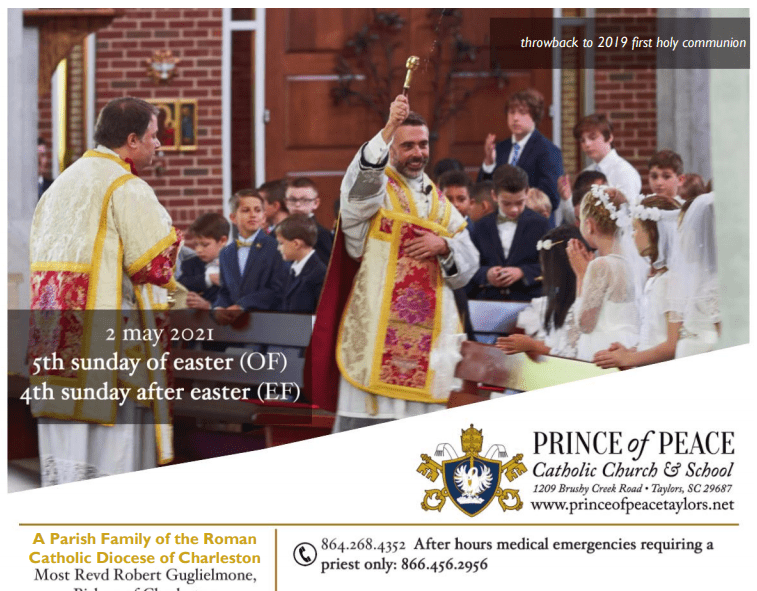 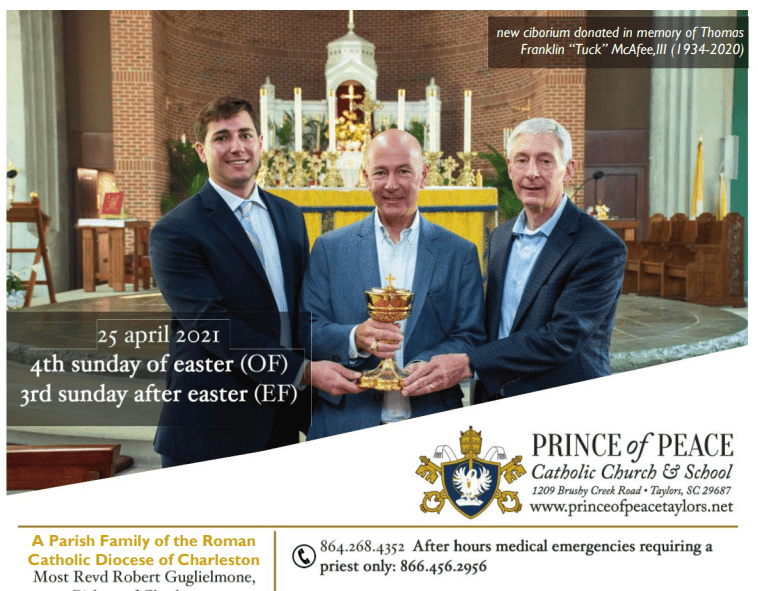 29 April: Feast of Saint Catherine of Siena. Catherine was born in Siena, Italy in 1347. She was the 25th child in a large family, although half her siblings did not survive childhood. Catherine was intensely religious; she began to experience God mystically and took a vow of virginity before she turned seven. Frequent visions of Christ, Mary, angels and saints inspired her holy, austere lifestyle. At age 16, one of Catherine’s sisters died. Her parents proposed that the widowed husband marry Catherine as a replacement, but Catherine vehemently opposed this. She fasted and cut her hair very short to mar her appearance. Her parents tried to force the marriage but Catherine’s extreme fasting, prayer, and religious conviction made them relent. Catherine joined the Third Order of St. Dominic, which allowed her to live at home as a religious. She lived quietly isolated. She received the stigmata, had divine visions, and could levitate while praying.  When she was 21, Catherine experienced a “mystical marriage to Christ” and was given an invisible ring made of Jesus’s skin. In a vision, she was told to re-enter public life to help the poor and sick. She went to work in hospitals and homes. She once visited a condemned prisoner and was credited with saving his soul, which she saw being taken up to heaven as he died. Her reputation attracted a circle of followers. Before long, she had scribes to help her correspondence with many influential Church and secular leaders, including kings, queens, and the pope. The leaders asked for her advice. She travelled Europe seeking reconciliation between warring parties. She urged Pope Gregory XI to return to Rome and lobbied on behalf of the legitimacy of Pope Urban VI during the Great Schism of 1378. Catherine also looked after victims of the Black Plague, caring for the worst patients and burying the dead. She established a monastery for women. Her rich prayer life included frequent visions and ecstasies, recorded as a dialogue between a soul and God, in her Dialogue of Divine Providence. Her 400-some written letters are considered a great work of theology and literature. Her extreme fasting may have contributed to her death at the age of 33. She was canonized by Pope Pius II in 1461. In 1970, she was given the title of Doctor of the Church by Pope Paul VI (a Doctor of the Church is a saint recognized as having been of particular importance regarding their contribution to theology or doctrine).

“Be who God meant you to be, and you will set the world on fire.” – St Catherine of Siena 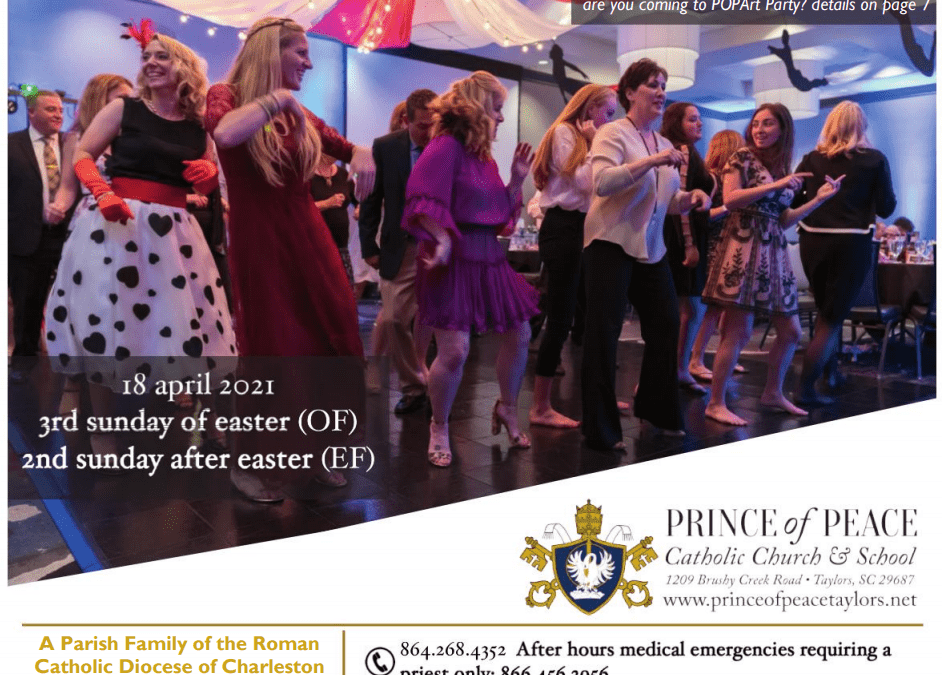