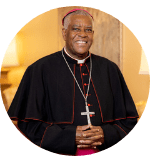 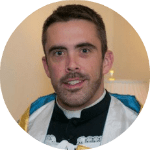 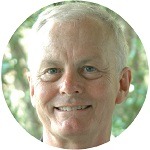 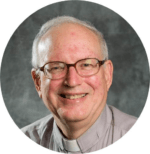 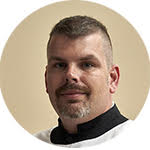 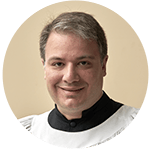 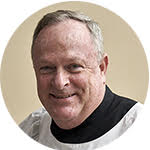 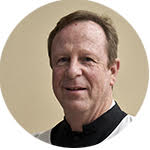 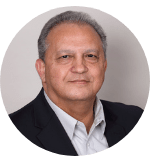 Bishop Jacques Fabre-Jeune, CS, was appointed by Pope Francis as Bishop of Charleston. He is a vowed cleric of the religious order the Missionaries of St. Charles, or Scalabrinian Fathers, and became the 14th Ordinary for the diocese.

Bishop Fabre-Jeune was previously the administrator at San Felipe de Jesús Mission in Forest Park, Ga., and the local superior of the Scalabrinian priests in Atlanta. He was ordained and installed on May 13, 2022.

Father Smith is a native of Greenville, South Carolina.  He was received into the Catholic Church at the age of 13 at St Mary’s.  After graduating from Southside High School, he went to Christendom College in Front Royal, Virginia.  After a year living in Rome studying at the Pontifical University of the Holy Cross, he entered priestly formation at the Pontifical Roman Major Seminary, the Pope’s personal seminary, for service in the Diocese of Charleston.  While there, he obtained a licentiate in dogmatic theology from the Gregorian University and also studied French at the Institut Catholique in Paris.  Father Smith was ordained Deacon by Camillo Cardinal Ruini, Papal Vicar for the Diocese of Rome, on 30 October 2004 and Priest by Bishop Robert Baker of Charleston on 23 July 2005.

Father Smith spent two years at St Mary’s, Greenville as Parochial Vicar and then Administrator pro tempore.  He then was assigned to St Peter’s, Beaufort and Holy Cross, St Helena’s Island as Parochial Vicar and Administrator pro tempore.  He then spent two years at St Francis-by-the-Sea on Hilton Head Island.  In all of his parishes, he had primary responsibility for Hispanic Ministry, chaplaincy and teaching in parochial schools, and apostolate to the sick.  While in Beaufort and Hilton Head, Father Smith pursued a Master of Business Administration degree at the Citadel. Fr Smith has also collaborated with the Church in Istanbul, Turkey to provide pastoral care as a missionary priest.

In 2009, Bishop Guglielmone assigned Father Smith to the University of Navarre in Pamplona, Spain.  He defended his doctoral dissertation in dogmatic theology on the thought of twentieth-century French Jesuit Henri De Lubac in June 2012, after which he received the degree of Doctor of Sacred Theology.

Father Smith speaks Spanish, Italian, French and some German.  He studied Arabic at Al-Qalam Academy in Granada, Spain; Turkish at the Royal Turkish Language Schools in Istanbul; and Syriac at the Oriental Institute of Oxford University during a sabbatical in 2021. He enjoys reading, kickboxing, and music.  He is a member of the Church Music Association of America and contributes regularly to the Chant Café blog.  He is also a member of the Catholic Theological Society of America and is a speaker on sacred music, liturgy, theology, and catechesis.  In 2013 he was elected to the Society for Catholic Liturgy. In 2014 he was received into the Equestrian Order of the Holy Sepulchre of Jerusalem as a Chaplain.

On 10 February 2015, Bishop Guglielmone appointed Father Smith the Pastor of Prince of Peace.

Father Richard Tomlinson was born in 1949 in Washington, DC and grew up in the area of Princeton, NJ. He graduated from the Lawrenceville School and Tulane University with a BA in English. Fr. Tomlinson was raised as an Episcopalian and converted to Catholicism after college, while he was teaching at Trinity Preparatory School in Winter Park, Fl.

After post-graduate work in Classics and Hebrew at Princeton and the University of Toronto, Fr. Tomlinson was employed as a private investor for 16 years. He was also engaged in various charitable activities, including missionary work in Haiti and serving as a volunteer with the Crisis Ministry of Princeton and Trenton and the Missionaries of Charity in Newark.

After a year of doctoral research in Princeton, Fr. Tomlinson joined the Diocese of Charleston in 2006 and was a pastoral associate at St. Mary’s in Greenville, St. Theresa the Little Flower in Summerville, and Stella Maris on Sullivan’s Island.

Fr. Tomlinson was ordained to the diaconate on June 19, 2009 at St. Paul’s Basilica in Rome and to the priesthood on November 21, 2009 at St. Theresa’s in Summerville, SC.

From 2009-2011, Fr. Tomlinson served as Parochial Vicar at Stella Maris RC Church in Sullivan’s Island and as Chaplain at Bishop England High School on Daniel Island. He also taught Latin at Bishop England and Greek at Our Lady Star of the Sea Home School. From 2011-13, he served as Administrator and as Parochial Vicar at Prince of Peace in Taylors, SC.

In September, 2013, Fr. Tomlinson was temporarily assigned to the Diocese of Trenton, New Jersey, where he served as Chaplain at Monmonth University in West Long Branch. In February, 2015, he returned to Prince of Peace as Parochial Vicar.

Fr. Tomlinson is a member of the Catholic Biblical Association, the Soft Coated Wheaten Terrier Club of America, the Knights of Columbus (4th degree), and the Equestrian Order of the Holy Sepulchre.

The Theological Structure of the Prologue to the Book of Job (Washington, DC: 2004)

Deacon Robert (Bob) Smith was ordained Deacon on May 19, 2007 by Bishop Baker for the Diocese of Charleston after 5 years of formation (32 courses).  He was assigned to Prince of Peace, where he and his family have been parishioners since 1981. He is married to Lois and has 4 children and 5 grandchildren located in Lebanon, New Hampshire; Staten Island, NY, Shawnee, Kansas, and Easley.

Deacon Bob graduated from the University of Notre Dame in 1968 with a BS in Engineering and again in 1974 with an MBA also from Notre Dame.  He is retired from Cryovac Div of Sealed Air Corp (formerly W R Grace) after 35 years in various financial and marketing management positions.  He is also retired from the Army after 32 years (3 active duty years and 29 years in the reserves) as a Colonel.  He is a Viet Nam veteran and commanded an Engineer Company, Engineer Battalion and a Chemical Brigade.  His final assignment was Chief of Staff of one of the 12 major Army Reserve Commands.  He is a graduate of the US Army War College and recipient of Bronze Star, Legion of Merit, Meritorious Service Medal (5), Army Commendation Medal (5) and Army Achievement Medal (3).

Deacon Bob is currently active with the Knights of Columbus (Council 9184 and Holy Family Assembly – 4th degree); the Notre Dame Club of the Western Carolinas (a co-founder and oversees a scholarship fund and contact with current students from our region), diaconate formation and mentoring current candidates, the Army Engineer and Chemical Associations; Cursillo, the Equestrian Order of the Holy Sepucher of Jerusalem, AOH, and the various activities associated with the diaconate at POP. He enjoys his prayer life, his family, anything Notre Dame, POP/St Rafka Parishes, the Catholic community in the upstate, maintaining friendships, traveling (visiting the children, Kiawah Island, Houston, Notre Dame/St. Joseph, Mi, old hometown of Chillicothe, Ohio, Israel, Italy, France, Poland/Czech Republic and going to Botswana and Victoria Falls next fall), and sports.

A convert to the Catholic faith, Michael was drawn to Catholicism due to his belief in the true presence of Jesus in the Eucharist and through his personal research which led him to the understanding of Apostolic Succession and the Magisterium of the Church established by Christ. He was welcomed into the Church at the Easter Vigil in 2000.

A native Greenvillian, Michael was born into a United Methodist family. His father’s work took his family all over the East Coast until settling down in Gastonia, NC. Michael Graduated from USC with a B.S. in Engineering specializing in Chemical Engineering.

Michael met his wife, Mandy, through a friend at church and the couple were married in 2009. Michael has been active in the Knights of Columbus since 2000, and was the Charter Grand Knight of Council 15611 in Rock Hill, SC which he helped found. Michael enjoys spending his free time with his wife Mandy and their 2 children, Teaghan and Patrick.  Additionally, Michael is a Rugby Union Referee for the South Eastern Rugby Referee Society and refs Club and College level matches in Georgia, North Carolina and South Carolina.

Gus was born in San Juan, Puerto Rico to Cuban refugee parents.  At age six, his family moved to Atlanta, Georgia, where he learned English from watching Big Bird and, thanks to many sacrifices by his loving parents, went to Catholic schools. Gus attended Furman University, where he performed improvisational comedy, traveled to South Africa, and graduated with a double major in History and Political Science. He and his wife began attending Prince of Peace in 1999 when they started dating in their Junior year of college at Furman.

After completing law school at the University of Georgia, Gus was excited to be able to return to Greenville in 2003. He is an attorney with Ogletree Deakins, an international employment law firm, where his practice focuses on representing employers on a wide range of issues.

Gus and his wife have been married for 16 years and have four children.  When Gus has free time, he likes to cook Cuban and Italian food, play with his kids (especially the board game “Settlers of Catan”), read, hike, and watch movies.

Deacon Gus is responsible for preparation for the Sacrament of Baptism and works in partnership with Michael Cavin to guide the altar servers.

Mark was born in Berea, Ohio and moved to Greenville, SC at the age of 5. As a youth, he attended Our Lady of the Rosary Catholic Church. With a degree in Business Administration & Management from USC-Spartanburg, Mark has worked with Piedmont Natural Gas for the past 29 years and currently is a supervisor of construction for the Southern Zone. Mark and his wife Gail have been married for 29 years and have a son Kevin (living in Greer) and a daughter Emmy (living in Mount Pleasant). Mark is an active Cursillista in the Diocese of Charleston Cursillo Movement, where he has served on the Secretariat, the School of Leaders, Upstate Ultreya Leader and Rector for the Men’s Weekend #63. He currently leads the Eucharistic Ministry and the Sick &amp; Homebound Ministry at Prince of Peace.

Mark is responsible for the Sick & Homebound Ministry.

Michael was born to John and Mary Thompson as the 6th of 11 children in Cleveland, Ohio. At the age of five, his family moved to Greenville, South Carolina, where he grew up attending Our Lady of the Rosary Catholic Church. He graduated from J. L. Mann High School and attended Clemson University. At Clemson, he earned a Bachelor of Science degree in Chemical Engineering. He met and eventually married Lynne Padhaisky and together they have four children, Joey, Mary Carolyn, Kelly, and Mark. He worked at Milliken in Marietta, South Carolina from 1984 until 1987 before accepting an engineering position at Amoco Performance Products. From 1987 until the present, he has worked at the same facility under several different company names. It is currently called Solvay. Michael and Lynne have been members of Prince of Peace since 1986. Michael coached POP boys and girls basketball teams for more than 13 years. Currently at Prince of Peace, Michael leads the Men’s Bible Study Group and the Lector Ministry. Since 2002, he has been active in the Cursillo Movement, a Catholic movement designed to help bring people closer to Christ. Cursillo played a major role in his decision to pursue the Diaconate Program.

Mark is responsible for weddings (contact, at minimum, 6 months in advance), funerals and is the liaison for all ministries.

Nestor serves on the staff of the parish as the Bilingual Pastoral Associate for Sacramental Life since 2022. He was ordained in February 2016 for the Diocese of Charleston and immediately began to serve at St Mary’s Catholic Church and San Sebastian Mission.

Nestor, one of 5 children, is originally from Colombia, South America, moving to the US as a child. He has lived in various places, including California, Illinois, Florida, and South Carolina. But, the Upstate of South Carolina has been home for 44 years. He is married to Vickie and is blessed with two children and seven grandchildren. Together, he and Vickie have celebrated over 40 years or marriage.