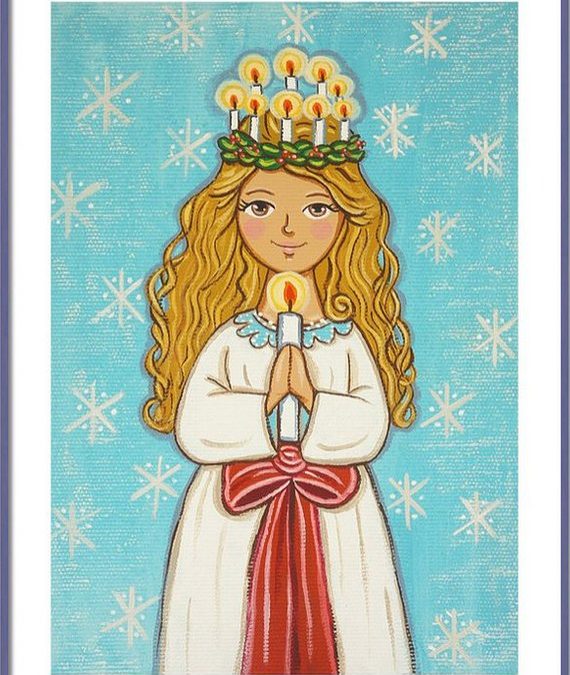 Reminder! The Feast of St. Lucy is on Thursday, 13 December. Learn about and pray for the intercession of St. Lucy when you celebrate with your family!
Who is she? All that is really known about St. Lucy is that she was a young martyr during the Diocletian persecution of 304 A.D. The story passed down to us is that Lucy was born of noble parents, but her father died when she was around 5. Lucy devoted her virginity to the Lord, but her mother, not knowing this and looking to settle Lucy’s future since she was suffering from a bleeding disorder, arranged for her daughter to marry a wealthy pagan man. Lucy was told in a vision that her mother would be healed. Believing this, she told her mother to distribute their riches and the patrimony. When Lucy’s betrothed heard, he was angry and denounced her to the governor. After Lucy refused the governor’s order to burn a sacrifice to the emperor’s image, she was sentenced to be defiled in a brothel. However, the guards could not move Lucy, even when they hitched her to a team of oxen. When they piled branches around her to burn her to death, the branches would not light. In the end, Lucy met her death by the sword. *taken from thehomelyhours.com
Printable crown
Background information
Sweet treats & coloring sheets