7 October: Feast of Our Lady of the Rosary 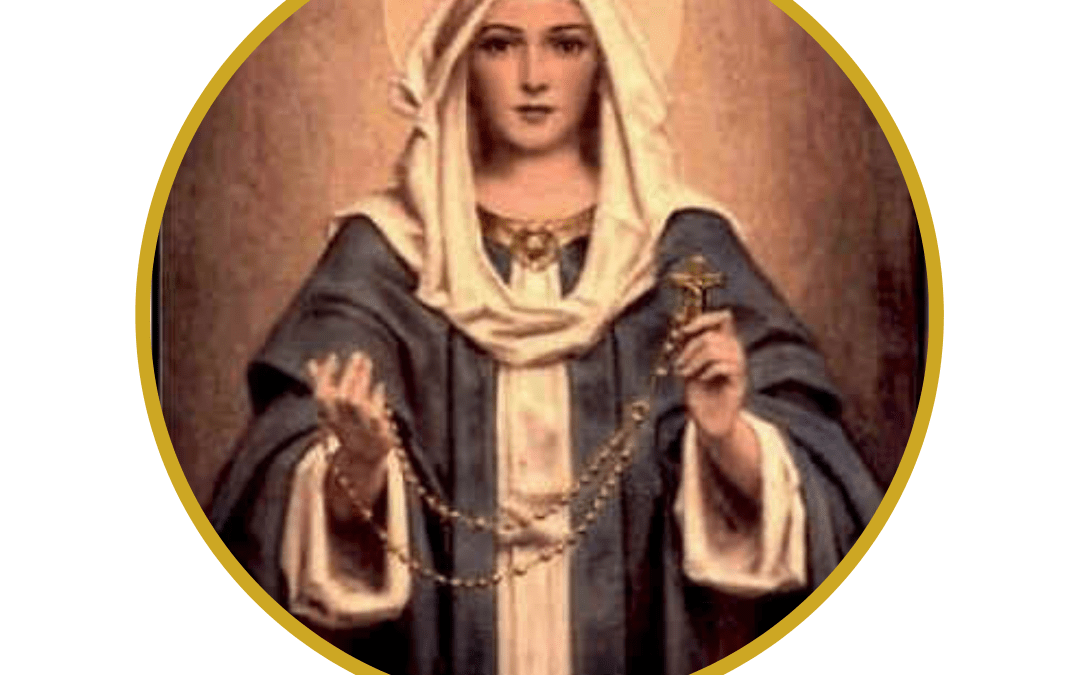 7 October: Feast of Our Lady of the Rosary. Known for centuries as the Feast of “Our Lady of Victory,” this day takes place in honor of a naval victory which secured European Christendom against Turkish invasion in 1571. Pope St. Pius V attributed the victory at Lepanto — one of the most decisive in all of naval history according to historians — to the intercession of the Blessed Virgin Mary through a campaign to pray the Rosary. The Muslim Ottoman Empire had been expanding into Europe for 900 years. By 1453, they took over Christian lands in the Byzantine Empire, and continued into the Mediterranean, threatening Rome.  Pope Pius V called for prayer and action. He pleaded with every man, woman, and child to pray the Rosary. He also put together the Holy League: a coalition of Catholic powers which included Genoa, Spain, and the Papal States. Its fleets sailed to confront the Turks near the west coast of Greece on October 7, 1571. They were vastly outnumbered. The Pope, Christians throughout Europe, and crew members armed themselves with the Rosary in preparation for battle. Mass was said on all 200 ships. People prayed from dawn to dusk. Christians in Europe, encouraged by the Pope, gathered to invoke the Virgin Mary against the daunting Turkish forces. They kept churches open day and night so everyone could pray and ask for Mary’s help. The wind was against the Christians and the heavy iron rams (which ordinarily were used to ram and sink enemies) had been removed because over 18,000 Christian slaves were oarsmen in the galleys. The Holy Alliance chose to handicap themselves rather than sacrifice the slaves. As the battle commenced, everyone prayed. Some accounts say that Pope Pius V was granted a miraculous vision of the Holy League’s stunning victory at 4pm that day. The Pope understood the significance of the day’s events, when he was eventually informed that all but 13 of the nearly 300 Turkish ships had been captured or sunk. The victory was decisive and crushing. It marked a turning point in the history of Christianity and of Europe. Pope Pius V dedicated the day as one of thanksgiving to Our Lady of Victory. Pope Gregory XIII later changed the name to the Feast of Our Lady of the Rosary.

“It has always been the habit of Catholics in danger and in troublous times to fly for refuge to Mary. This devotion, so great and so confident, to the august Queen of Heaven, has never shone forth with such brilliancy as when the militant Church of God has seemed to be endangered by the violence of heresy … or by an intolerable moral corruption, or by the attacks of powerful enemies.”  – Pope Leo XIII