6 August: Feast of the Transfiguration of the Lord 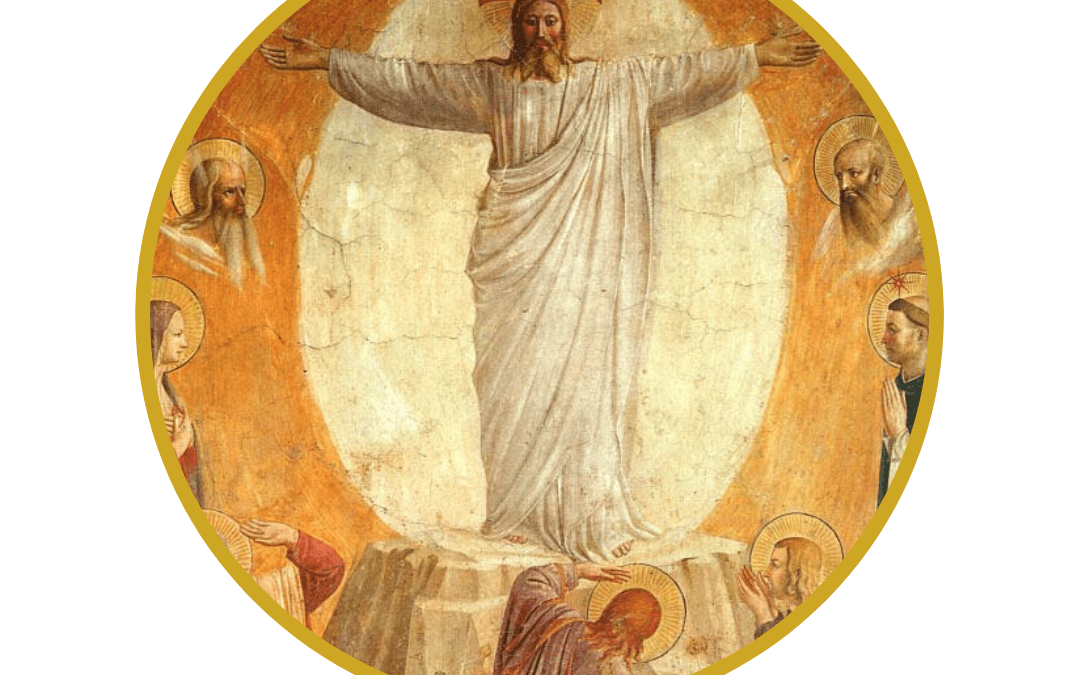 6 August: Feast of the Transfiguration of the Lord. The Transfiguration is one of the major events in the earthly life of Jesus. The gospels tell the story of Jesus bringing Saint Peter and the two sons of Zebedee, Sts. James and John, up to the top of a high mountain to pray (tradition holds that it was Mount Tabor). This would have been about a year before Our Lord’s passion. While he was praying, Jesus’ appearance changed and his clothing became dazzling white: “His face shone like the sun, and his garments became white as light” (Mt 17:2). Next, Moses and Elijah appeared in glory and spoke with Jesus of things that were to come. The disciples were amazed and overwhelmed. Unsure what to do, St. Peter offered to put up tents for Jesus and his friends. Although they had been with Jesus for three years, the disciples still did not really understand who He was. Then, a cloud overshadowed them. They became frightened and heard a voice from Heaven saying: “This is my beloved Son, with whom I am well pleased; listen to him.” (Mt 17:5). After Moses and Elijah disappeared, Jesus instructed the disciples not to tell anyone about this “until the Son of man has been raised from the dead” (Mt 17:9). This event, called the Transfiguration, is significant in the Christian faith. Saint Thomas Aquinas called it “the greatest miracle” because it revealed the divinity of Christ before his passion and death. In the Transfiguration, Christ enjoyed for a short while that glorified state which was to be permanently His after the Resurrection. The splendor of His inward Divinity and of the Beatific Vision of His soul overflowed on His body, and permeated His garments so that Christ stood before Peter, James, and John in a snow-white brightness. This feast day became widespread in the West in the 11th century and was introduced into the Roman calendar in 1457 to commemorate the victory over Islam in Belgrade. Before that, the Transfiguration of the Lord was celebrated in the Syrian, Byzantine, and Coptic rites. The Transfiguration foretells the glory of the Lord as God, and His Ascension into heaven. It anticipates the glory of heaven, where we shall see God face to face, in all of His dazzling glory.