4 September: Feast of Blessed Mary Stella and Her Ten Companions 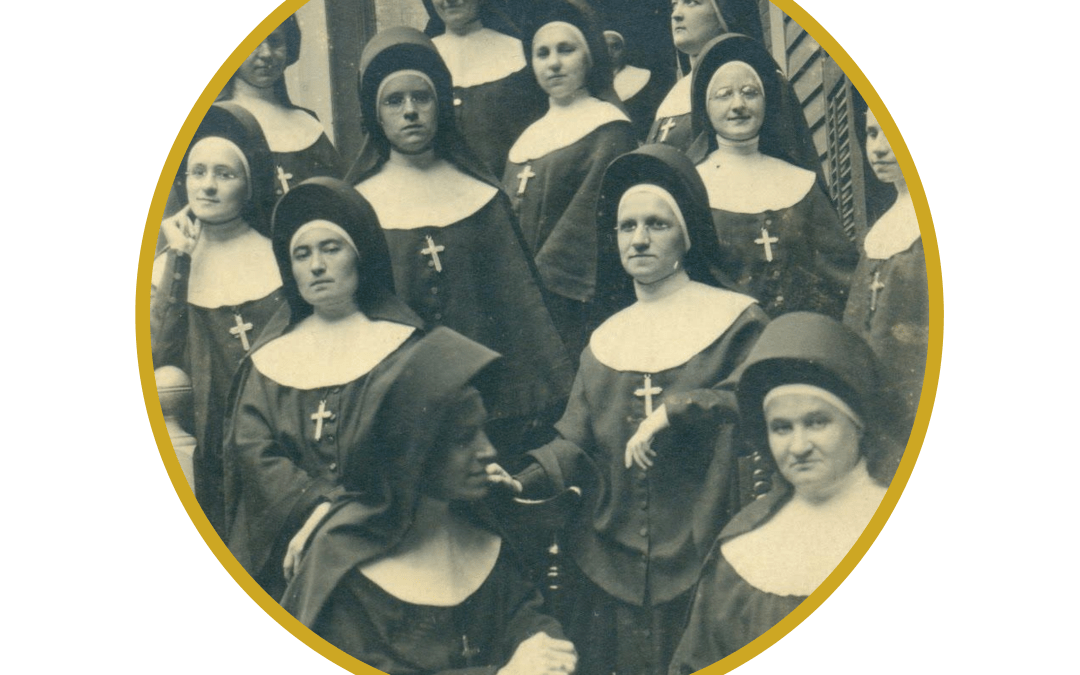 4 September: Feast of Blessed Mary Stella and Her Ten Companions. Blessed Mary Stella and Her Ten Companions (also known as the Martyrs of Nowogrodek) were nuns of the Holy Family of Nazareth who arrived in Nowogrodek in September 1929. Nowogrodek was a small town in the eastern lands of the Republic of Poland. Its population included Poles, Jews, Muslims, Belarusians and Russians and others. From the beginning, the nuns worked to meet the needs of the community. They ran a school for girls – one of their first students was a Muslim girl. The nuns were examples of deep faith and were very hard workers. Their help in the community gradually gained them the respect of the locals. In September 1939, the Germans attacked Poland from the West and Soviet Russia attacked from the East, marking the beginning of WWII. During Soviet occupation, the nuns could not run the school, but continued to care for the local people. They were expelled from their house; forbidden to wear their habits. Thousands of innocent people were arrested and transported. Then, Russians withdrew and German occupation began. The Germans started their terror by gathering dozens of Jews in the market square and killing them, while their orchestra played a waltz. Daily, executions continued. In July 1942, a mass execution took place in the forest near Nowogrodek, 60 people, including two priests—Fr. Jozef Kuczynski and Fr. Michal Dalecki—were shot. The next year, 120 people were arrested to be executed. Sister Maria Stella met with the local priest, Fr. Zienkiewicz and said: “My God, if sacrifice of life is needed, let them kill us and not those who have families. We are even praying for that.” Strangely, the execution of the 120 people was stopped. Those who were supposed to be killed were instead transported to compulsory work in Germany. Some were even released. However, the Gestapo did not forget about murdering. Sister Maria Stella and her nuns were ordered to report to Gestapo headquarters. After praying the rosary, the 11 nuns bravely went to the Gestapo. The sisters’ names were: Stella, Imelda, Rajmunda, Daniela, Kanuta, Sergia, Gwidona, Felicyta, Heliodora, Kanizja and Boromea. (There was one more nun who did not go. The 12th, Malgorzata, was the oldest nun helping in the hospital and Mother Superior ordered her to stay home in case the others did not return.) That evening, the nuns thought they would be transported to Germany for slave work. They did not hear any accusations, there was no investigation. On Sunday, Aug. 1, 1943, at dawn, the nuns were herded into a van and transported to a remote spot in the woods where an open grave waited. There, kneeling side by side in the habits of their order, the sisters bade each other farewell. One by one, beginning with Sister Stella, all 11 nuns were shot; their lifeless bodies tumbled into the grave. Love was killed by hate. Sister Malgorzata waited several weeks following the execution before risking a solo journey through the woods in search of their remains. She attended to the mass grave and prayed for the souls of her beloved sisters until their bodies were exhumed in March 1945 and laid to rest on the grounds of the Church of the Transfiguration following Mass and Christian burial. Fr. Zienkiewicz, Sister Malgorzata and all those 120 persons for whom 11 nuns had sacrificed their lives, survived the war. “No one has greater love than this—that one lays down his life for his friends,” said Saint John Paul II on the day of the nuns’ beatification in March 2000.