4 May: Feast of Saint Florian of Lorch 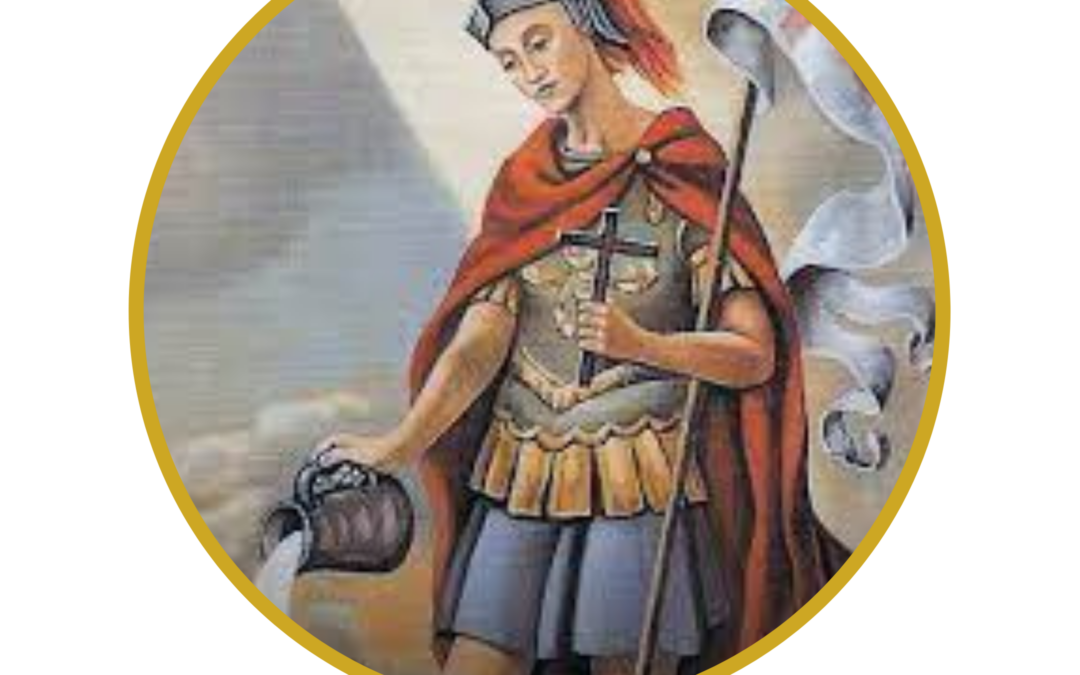 4 May: Feast of Saint Florian of Lorch. Florian was born around 250 AD in the Roman city of Aelium Cetiumin (present-day Sankt Pölten, Austria). He joined the Roman army as a young man and advanced quickly through the ranks, rising to commander of the imperial army in the province of Noricum. In addition to military duties, he was also given the responsibility of leading men to fight fires. Florian saw the need to organize permanent firefighting brigades; he trained elite groups of soldiers whose sole duty was to fight fires. During the Diocletianic Persecution of Christians, reports reached Rome that Florian was refusing to kill Christians in his province. Diocletian sent Governor Aquilinus to investigate; the suspicion was that Florian was refusing to carry out executions because he, too, was a Christian. To test his faith, Aquilinus ordered Florian to offer a sacrifice to the Roman gods. Florian refused. Florian was offered greater pay and more power if he would abandon Christianity. But Florian stood firm in his refusal. Enraged, Aquilinus ordered Florian to be brutally beaten. Florian boldly declared, “Tell the Emperor that I am a Christian and will suffer the same fate as the Christians.” After he was beaten, Aquilinus ordered Florian to be burned. Florian’s own soldiers were commanded to burn him at the stake. His friends hesitated, but as he stood on the funeral pyre, Florian encouraged them to be brave and light the fire: “If you do, I will climb to Heaven on the flames!” Aquilinus overheard and decided against burning. Instead, he had Florian flayed, beaten again, and then drowned by tying a millstone around his neck and throwing him into the River Enns. Florian’s body was recovered and buried by a faithful Christian. Later his remains were taken to the Augustinian Abbey near the city of Linz, Austria. In 1138 King Casmir of Poland and the Bishop of Cracow requested that some of St. Florian’s relics be taken to the city of Cracow. Pope Lucius III agreed. Since that time, St. Florian has been considered a patron saint of Poland. There were many miracles reported through his intercession, including when a fire in 1528 destroyed most of the town but not St. Florian’s Church. Although recognized by the Church as a saint and one of the earliest known Christian martyrs, St. Florian was never formally canonized, as he lived in a time called “pre-congregation,” before the creation of today’s formal process of canonization. International Firefighters’ Day is also celebrated on his feast day, May 4. This day is celebrated in Europe with parades and festivities. Central Europe especially venerates St. Florian as the patron saint of firefighters. In German, the word “Florian” is often used interchangeably with “firefighter” and is a universal radio call sign for fire departments. The Saint Florian cross is the most famous symbol of St. Florian. It is widely used to represent organizations of firefighters around the world. St. Florian is often depicted in portraits pouring a bucket of water onto a burning building. This comes from a legend that St. Florian saved an entire house, and sometimes it is said an entire town, from flames using only a single bucket of water. St. Florian is the patron saint of Austria and Poland; also of firefighters, chimney sweeps, barrel-makers and brewers. He is invoked against fires, floods, drowning, lightning, and the pains of purgatory.