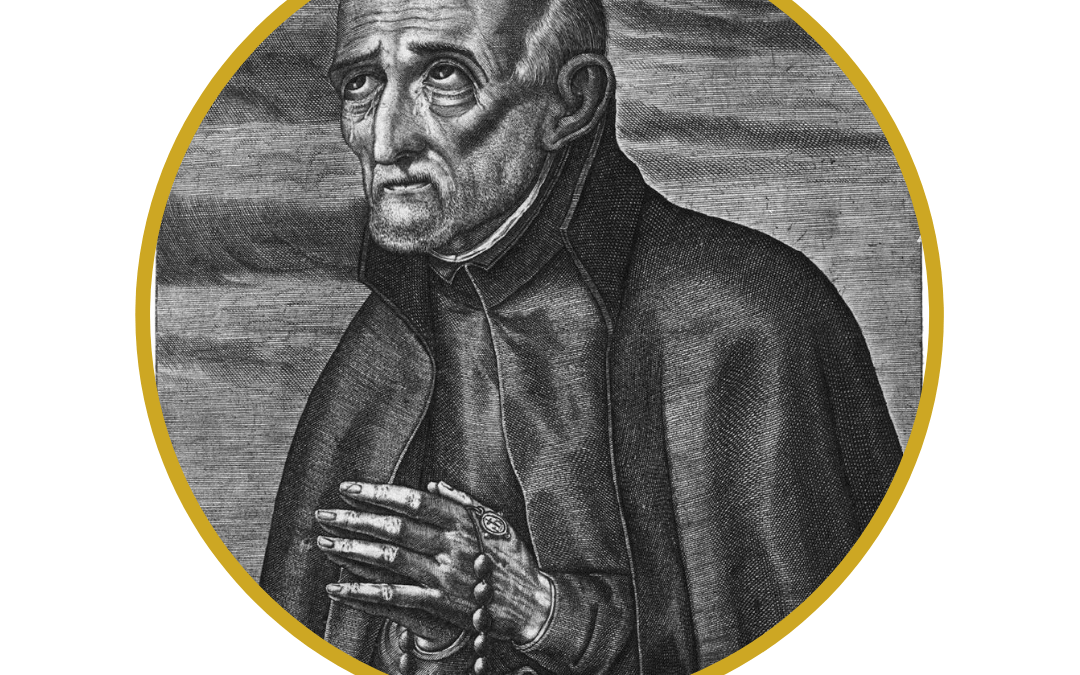 30 October: Feast of Saint Alphonsus Rodriguez. Born in Spain in 1531, he was the third of eleven children. He began studies to be a Jesuit at an early age, but his father died and Alphonsus was obligated to take over the family business. He accepted this lot and in 1557 married a virtuous wife; they had three children. Within five years, his wife, two children and mother had all died. The business was also going poorly. Alphonsus sold the business and moved to his sister’s home. It was there that he learned the art of prayer and meditation in the midst of tragedy and failure. After the sad death of his last son, Alphonsus, almost 40 years old, sought to enter the Society of Jesus. They refused: he lacked a good education; was too old to start studying the priesthood; and was too weak to do a brother’s work. He tried again. Finally, they admitted him, remarking they were receiving him for his holiness. Alphonsus was appointed door-keeper of the Jesuit college at Majorca. For forty years, he remained at the same post. It was patient, humble work. Alphonsus’ holiness attracted many to seek him out. He always greeted everyone as if they were Christ. Alphonsus not only held the door key, he also had the key that helped others unlock their inner life: he understood the art of spiritual conversation. Alphonsus faced many personal battles against failure, loss, disease and temptation. He learned not to focus on himself but to see failure as a grace. He humbled himself and let failure shape him, handing himself over to the Lord in the simple service of others. He had a great horror of sin – he asked God to let him bear the torments of hell here below, rather than fall into a single mortal sin. He lived a life of severe penances. Demons would not leave this holy man alone. Twice he was thrown down a cement staircase. He was afflicted with many illnesses. When he was 60 years old, he was ordered to sleep in a bed (up until this, he slept only a few hours on a table or chair). He was told to write the story of his life, which he began with hesitation in 1604. He was misunderstood by a new Superior, but he found only joy and consolation in the public reproaches he received. He wrote in his book of maxims: “In the difficulties which are placed before me, why should I not act like a donkey? When one speaks ill of him — the donkey says nothing. When he is mistreated — he says nothing. When he is forgotten — he says nothing. When no food is given him — he says nothing. When he is made to advance — he says nothing. When he is despised — he says nothing. When he is overburdened — he says nothing… The true servant of God must do likewise, and say with David: Before You I have become like a beast of burden.”  At the end of his life, Alphonsus lost even his memory and could only say, “Jesus, Mary.” On October 31, 1617, surrounded by his Jesuit brothers, Alphonsus died. He was already known and loved as a Saint by the population. In 1825 he was beatified, and was canonized in 1888 by Pope Leo XIII. He is the patron saint of Jesuit lay brothers.