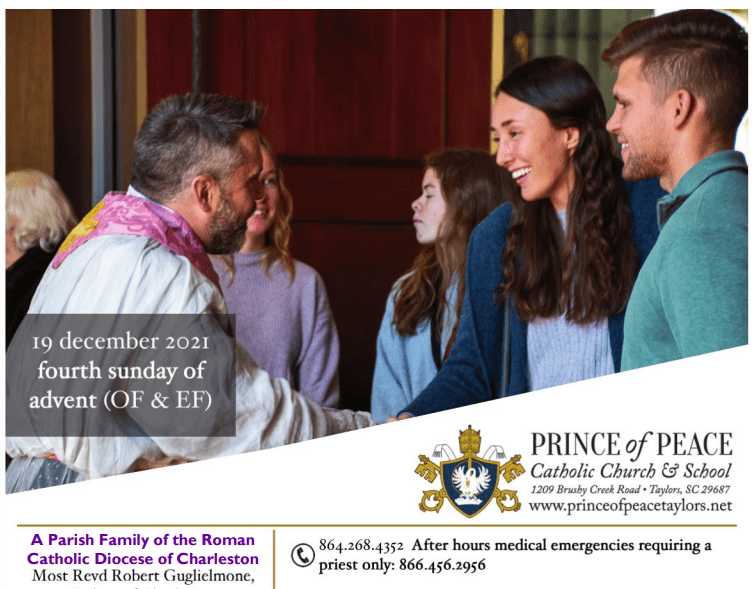 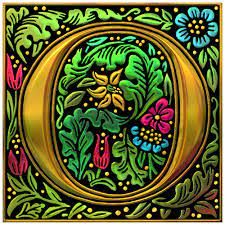 An ancient Christian tradition is to pray the O Antiphons during the Octave before Christmas. Sometimes called the Greater Antiphons, or the O’s of Advent, these seven responses are sung or recited before and after the Canticle of Mary (the Magnificat) at evening prayer of the Divine Office (and before the Gospel at mass) from 17 December to 23 December. Each Antiphon highlights a name or title for the Messiah, and each one refers to a prophecy of Isaiah of the coming Messiah:

Originally written in Latin, the Church has been singing the O Antiphons since at least the eighth century. They are a magnificent theology that uses ancient Biblical imagery drawn from the messianic hopes of the Old Testament to proclaim the coming Christ as the fulfillment not only of Old Testament hopes, but present ones as well. Their repeated use of the imperative “Come!” embodies the longing of all for the Divine Messiah. Each antiphon is addressed to God using a noble title, petitioning Him to come save His people. Each antiphon is also tied to Mary because she is the vessel through which the Savior will be born. The order of the antiphons climbs climatically through the history of Redemption: In the first, O Sapientia, we take a backward flight into the recesses of eternity to address Wisdom, the Word of God. In the second, O Adonai, we have leaped from eternity to the time of Moses and the Law of Moses (about 1400 B.C.). In the third, O Radix Jesse, we have come to the time when God was preparing the line of David (about 1100 B.C.). In the fourth, O Clavis David, we have come to the year 1000. In the fifth, O Oriens we see that the line of David is elevated so that the peoples may look on a rising star in the east, and hence in the sixth, O Rex Gentium, we know that He is king of all the world of man. This brings us to the evening before the vigil, and before coming to the town of Bethlehem, we salute Him with the last Great O, O Emmanuel: God with us. It is widely pointed out that if you take the first letter of each Latin name and reverse the order – Emmanuel, Rex, Oriens, Clavis, Radix, Adonai, Sapientia – the Latin words ERO CRAS are formed, meaning, Tomorrow, I will come. Therefore, the Lord Jesus, whose coming we have prepared for in Advent and whom we have addressed in these seven Messianic titles, now speaks to us, Tomorrow, I will come. The O Antiphons not only bring intensity to our Advent preparation, but bring it to a joyful conclusion. We can bring these responses into our daily prayer time during the Octave before Christmas as simple reminders of the one whose coming we are joyfully anticipating.

Sometime before the 12th century, selected verses from the antiphons were compiled into the hymn “O Come, O Come, Emmanuel.” It is believed to be among the oldest of all the Christmas hymns. Sing this hymn around your advent wreath each night of the O Antiphons as a beautiful way to draw hearts closer to Christ and to prepare for His coming at Christmas.

Visit the link below to print a beautiful O Antiphons Prayer Companion that includes all the antiphons, symbols, prayers, and food suggestions for each day of the Octave: 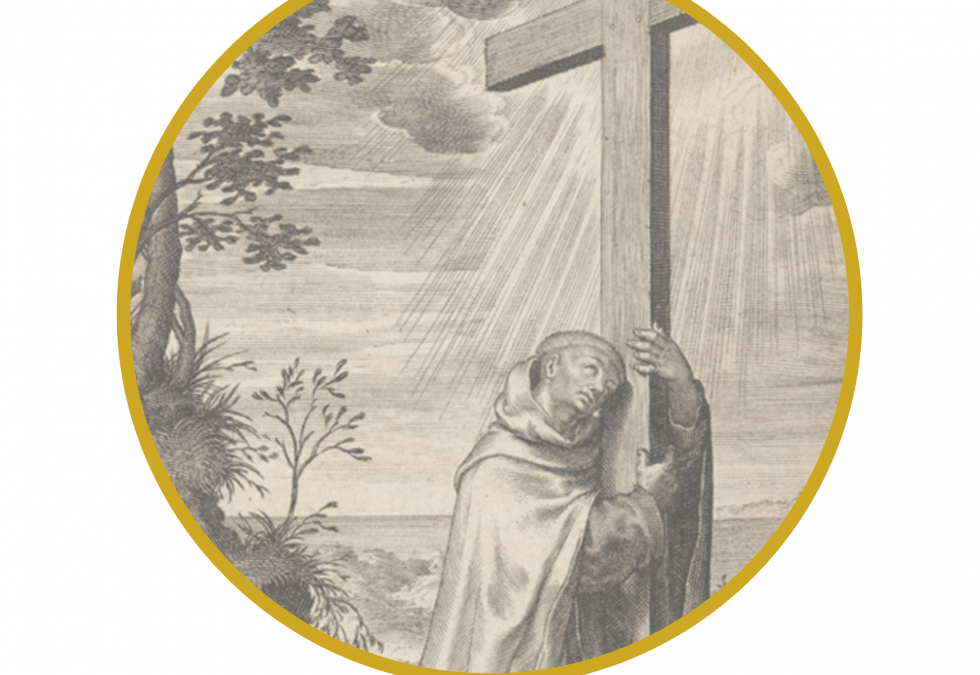 14 December: Saint John of the Cross

14 December: Saint John of the Cross. Born in 1542 as Juan de Yepes, he was the son of a poor silk weaver in Spain. His father was of noble birth but had married much beneath him and thus had been cut off by family. He had taken to silk weaving as a means of livelihood, but had never been able to make much of it. Soon after the birth of Juan, he died. The family was left in dire poverty; the children grew up always underfed, so much so that to the end of his life, Juan remained dwarfed in stature. Unable to learn a trade, he became the servant of the poor in the hospital of Medina, while also pursuing sacred studies. In 1563, Juan became a lay-brother to the Carmelite friars, who had him ordained priest. St. Teresa of Avila then strongly persuaded him to help her reform the Carmelite Order. Together they founded the Discalced (meaning “barefoot”) Carmelites, an order devoted to service of the Blessed Mother through prayer and penance. He took the name “John of the Cross.” His reform of the Carmelites, though approved by the general, was rejected by the elder friars, who condemned him as an apostate, and cast him into prison. He escaped after nine months of suffering (being beaten and nearly starved to death). Twice again, John was persecuted by his brethren and publicly disgraced. This only deepened his interior peace and devout longing for heaven. He had a great devotion to Our Lord’s Passion and voluntarily sought out humiliations. When Our Lord asked him what reward he would ask for his labors, John answered: “To suffer and to be despised for Thee.” On December 14, 1591, John was dying of a painful infection at only 49 years old. He asked to have “Song of Songs” read to him. While listening, he was heard to say, “So beautiful are the flowers!” And then he died. St. John was a great contemplative and spiritual writer. His mystical poems on divine love are considered some of the greatest verses ever written in the Spanish language. Among the Church’s contemplatives, St. John is known as a master of mystical theology and has had a great influence on Catholic spirituality. Saint John of the Cross was beatified by Pope Clement X in 1675; canonized by Pope Benedict XIII in 1726; and proclaimed Doctor of the Church by Pope Pius XI in 1926. He is the patron of contemplative life, mystical theology, mystics, and Spanish poets.

“With what procrastinations do you wait, since from this very moment you can love God in your heart?”

(Excerpt from Prayer of a Soul Taken with Love — St. John of the Cross) 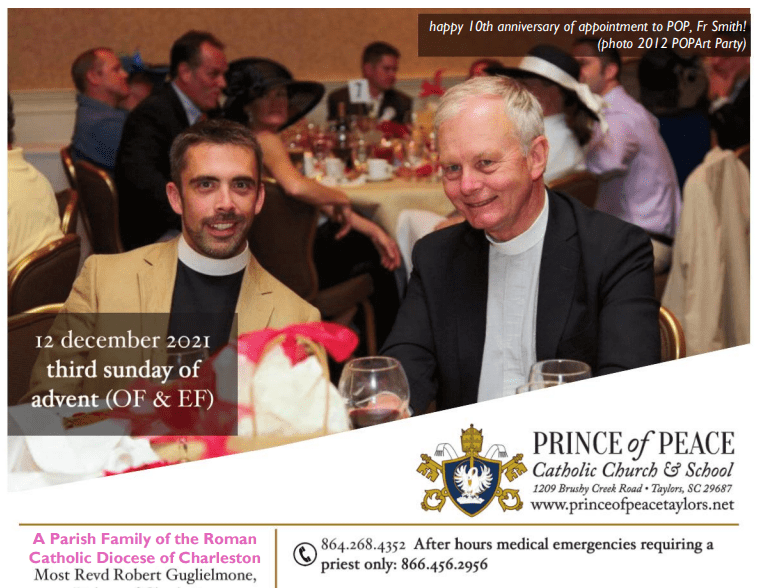 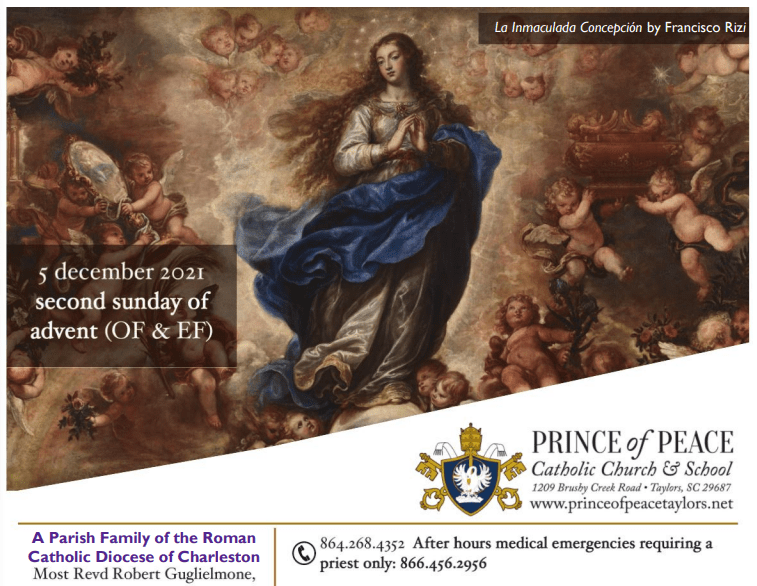