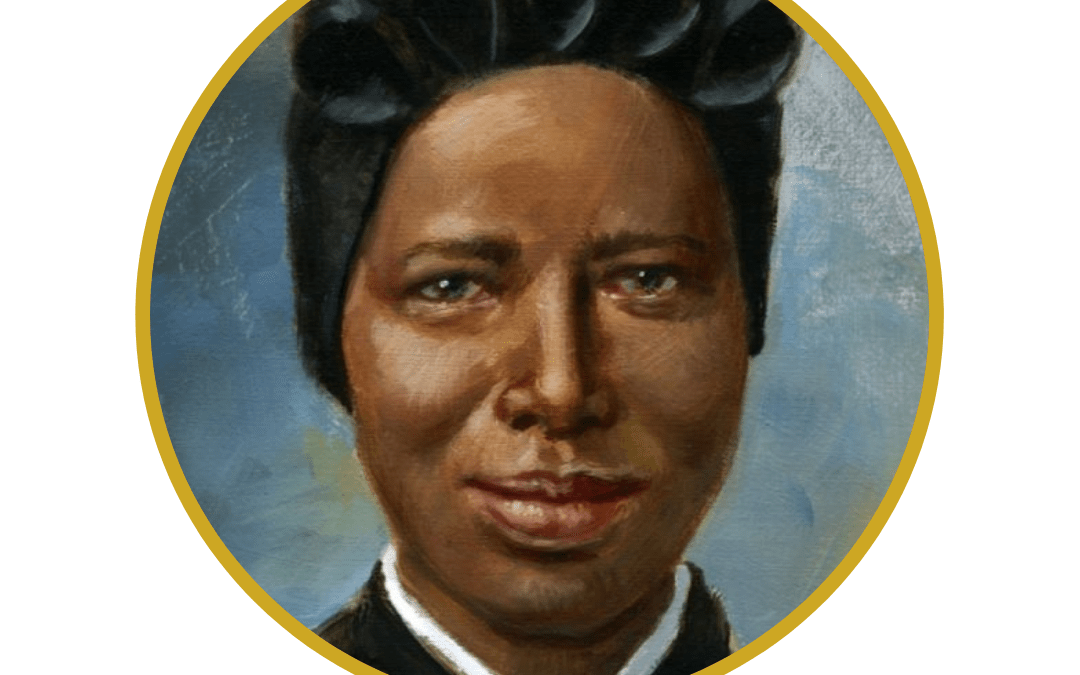 8 February: Feast of Saint Bakhita. Saint Josephine Margaret Bakhita was born around 1869 in Sudan. She was one of the Daju people; her uncle was a tribal chief. At age 7 or 8, Josephine was kidnapped by Arab slave traders. She was forced to walk barefoot over 600 miles to a slave market. For the next 12 years she would be bought, sold and beaten. She spent so much time in captivity that she forgot her name. The slavers called her “Bakhita” which is Arabic for “fortunate”. Her first owner beat her so severely she was incapacitated for a month (because of accidentally breaking a vase). She was sold to a Turkish general whose wife and mother-in-law beat her daily. As soon as one wound would heal, they would inflict another. The wife ordered her to be scarred. They drew patterns on Bakhita’s skin with flour, then cut into her flesh with a blade. Bakhita’s wounds were rubbed with salt to make the 114 scars permanent. In 1883, Bakhita was sold to the Italian Vice Consul; he was a kind master and took her to Italy. She was then given to another family as a nanny. When traveling, the family placed her in the custody of the Canossian Sisters in Venice. While Bakhita was with the sisters, she learned about God. She was deeply moved and discerned a call to follow Christ. When her mistress returned, Josephine refused to leave the Sisters. The Mother Superior went to Italian authorities on Josephine’s behalf. The case went to court, and the court found that slavery had been outlawed in Sudan before her birth, so she could not be lawfully made slave. Josephine was declared free and stayed with the Sisters. She received the sacraments of baptism, Holy Communion and confirmation in 1890. The Archbishop who administered the sacraments was Giusseppe Sarto, who later became Pope Pius X. Josephine took her final vows with the Canossian Order in 1896. She worked as cook and doorkeeper at the convent. She was known for her gentle voice, smile, and forgiveness. She said: “If I were to meet those who kidnapped me, or even those who tortured me, I would kneel down and kiss their hands. Because, if those things had not happened, I would not have been a Christian.” In her later years, Bakhita suffered illness and was forced to use a wheelchair. She always remained cheerful. If anyone asked how she was, she would reply, “As the master desires.” On February 8, 1947, Josephine spoke her last words, “Our Lady, Our Lady!” In 1978, Pope John Paul II declared her venerable; he beautified her in 1992; and canonized her in 2000. Saint Josephine Bakhita is the patron saint of Sudan and of victims of slavery and human trafficking.