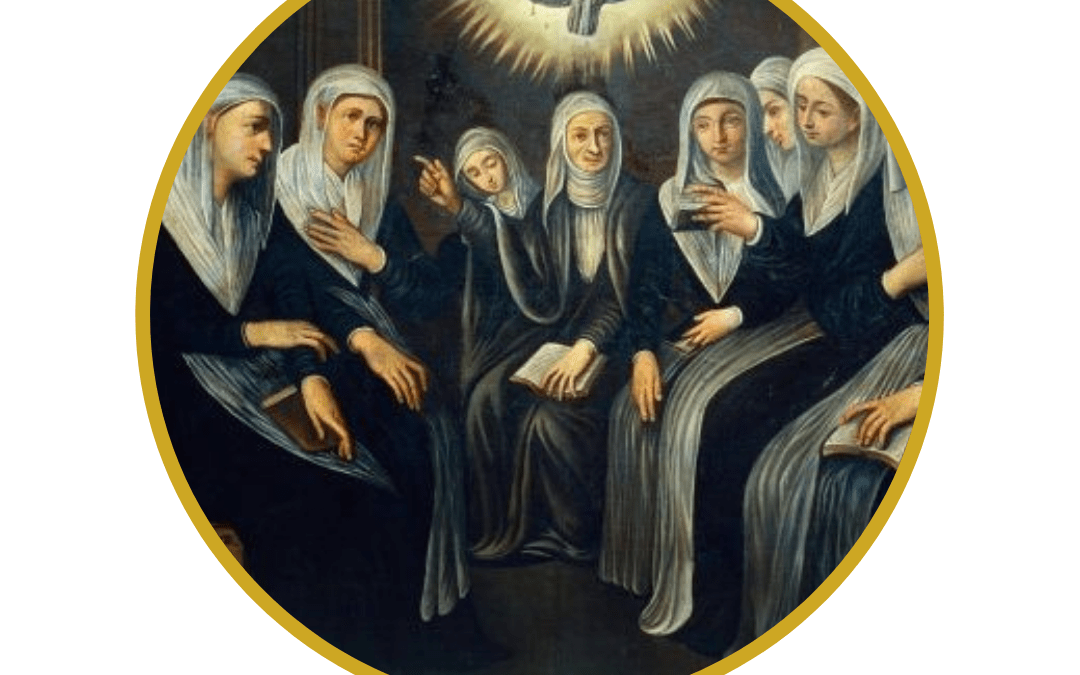 27 January: Saint Angela Merici. Born in 1474 in northern Italy, Angela Merici dedicated herself to God early in life. Her parents died when she was only ten years old. She and her elder sister went to live with an uncle. When her sister also tragically died, without being able to receive the last sacraments, Angela was inconsolable. She joined the Third Order of St. Frances and increased her prayers and mortifications for the repose of her sister’s soul. She asked God to reveal to her the condition of her deceased sister. It is said that by a vision she was shown that her sister was in the company of the saints in heaven. When Angela was twenty years old, her uncle died, and she returned to her paternal hometown. Convinced that the great need of her times was a better Christian instruction of young girls, she converted her home into a school where she daily gathered little girls and taught them the Faith. The school she had first established soon bore abundant fruit, and she was invited to the neighboring city, Brescia, to establish a similar school at that place. Angela gladly accepted. In 1524, while making a pilgrimage to the Holy Land, she became suddenly blind while on the island of Crete, but continued her journey to the Holy Places and was cured on her return while praying before a crucifix. One day, Angela had a vision that revealed she was to establish an association of virgins who were to devote their lives to the religious training of young girls. In November of 1535, Angela and 28 young women formed the Order of Ursulines in honor of St. Ursula in a small house near the Church of St. Afra in Brescia. Angela and her companions consecrated themselves to God by a vow of virginity. Angela drew up the rules in 1536, which provided for the Christian education of girls in order to restore the family and, through the family, the whole of Christian society. She was unanimously elected superior of the company in 1537. Before her death she dictated her spiritual testament and her counsels to her nuns; they insist on interest in the individual, gentleness, and persuasion over force. Angela died in 1540 at Brescia and was buried in the ancient church of Saint Afra (now Saint Angela’s sanctuary), where she still rests. Her body was discovered to be incorrupt in 1930. After Angela’s death, the Company of Saint Ursula spread rapidly. In 1580, Charles Borromeo, Bishop of Milan, encouraged the foundation of Ursuline houses in all the dioceses of Northern Italy. Charles also encouraged the Ursulines to live together in community rather than in their own homes. Ursuline communities were established in France, Germany, Belgium, Holland, Switzerland, Canada and the United States. Today, thousands of Ursuline Sisters work to spread the Faith on six continents. The Ursuline order is the oldest religious order of women in the Roman Catholic Church dedicated to the education of girls. Saint Angela Merici was beatified in 1768 by Pope Clement XIII and canonized in 1807 by Pope Pius VII.

St. Angela Merici is the patron saint of: loss of parents, bodily ills or sickness, disabled people and handicapped people.